In Turchia per due gior... 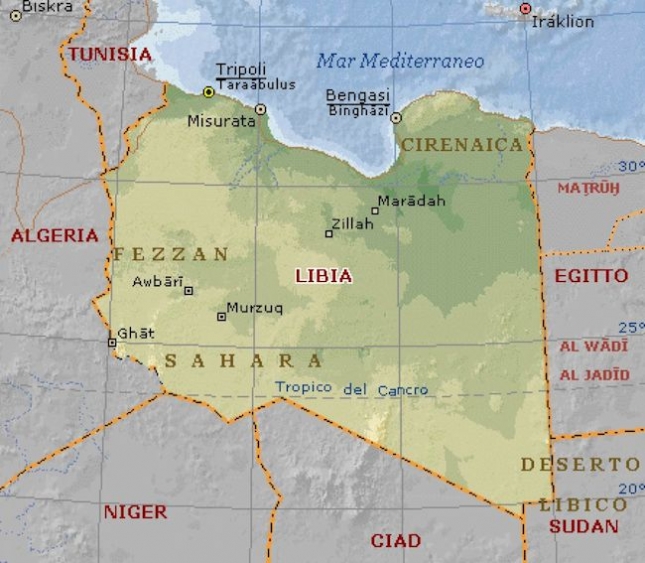 Second Session A STRATEGY FOR ITALY

Libya is one of the most critical flashpoints in the Mediterranean and the broader Middle East region. The consequences of the Libyan instability have already spread throughout North and West Africa as well as Southern Europe, above all Italy, and are a major security threat for the whole international community. To raise awareness on Libya and to urge the implementation of common solutions to the common challenges stemming from it, the Mediterranean-Gulf Forum (MGF) is organizing a Roundtable on “Libya and the Future of Cooperative Security” in Rome, at the Center for High Defense Studies, Italian Ministry of Defense, on the forthcoming May 7, 2015. Government authorities, prominent political leaders and experts from Italy, Europe and the Middle East, will take part in this initiative featuring two working sessions.

The first session will address the causes of the crisis, paving the way forward for The Stabilization of Libya. After the fall of the old dictatorial regime and the establishment of new institutions, no extensive stabilization and reconstruction plan was implemented, precluding the consolidation of a central authority able to prevent the proliferation of militias, terrorist groups and criminal syndicates, these latter being the makers of human trafficking and the refugee emergency. Thus, Libya plunged into a state of unceasing disputes and increasing fragmentation.
The internal conflict between Tobruk, where the internationally recognized government and parliament are located, and the Islamist-dominated forces in Tripoli further enhanced the power vacuum until the recent rise of militants tied to ISIS. While the calls for lifting the arms embargo to the legitimate Libyan government have intensified in order to establish the basic security and stability conditions, the ongoing negotiations under the UN aegis have not yet delivered a political settlement and a new national unity government able to stabilize the country and warding off its division. Against this backdrop, the session will examine the security fallouts of the Libyan crisis on neighboring states; the course of the military operations against militias and terrorist groups; the involvement of regional actors; the option of a military intervention by an international coalition and the chances that the UN negotiations will bring about the national reconciliation.

The second session aims to promote the discussion over the adoption of A Strategy for Italy in the Libyan crisis. Terrorism, the refugee emergency, illegal immigration, energy security: Italy is exposed to the effects of Libya’s instability more than other European countries. The ISIS appearance prompted the Italian government to advocate the use of force to timely address the terrorist threat before it can expand without hindrance reaching also Italy. However, the statements issued by the most authoritative exponents of the Italian government were probably more intended to raise the attention of Italy’s allies in NATO and EU, who do not seem prone to an active engagement in Libya, rather than to show Italy’s actual willingness to assume the leadership of a new military operation. The Libyan scenario is liable to a further deterioration and, in this view, it is crucial for Italy to develop a consistent strategy, one able to identify the national interests at stake in Libya and in the region, and to serve as a beacon to Rome’s action in order to pursue and safeguard them.This session will focus on the necessity to outline such a strategy, including the measures to effectively face the refugee emergency. The possibility of undertaking a common action against terrorism with Italy’s allies and regional strategic partners will also be discussed, being the resolution of the Libyan crisis a crucial test for the commitment to the principles of solidarity and cooperative security in the Mediterranean.

The MGF Roundtable on “Libya and the Future of Cooperative Security” is being organized in cooperation with the Italian Atlantic Committee and “Abhath” – Al Thuraya Consultancy and Researches in Abu Dhabi. MGF intends to foster cooperation between decision makers and experts focused on the stabilization of Libya; to develop cooperative security strategies on counterterrorism in Libya and other areas in the Mediterranean and the Middle East; to support a major role of Italy in the stabilization process of the country; to promote the Libyan national reconciliation and the formation of a new national unity government, which are key to Libya’s stability, territorial integrity, good governance and socio-economic development.